While responding to allegations that the Venezuelans hacked into the servers, IEBC admits errors in the KIEMS kits serial numbers.

IEBC lawyer, Mahat Somane confirmed that the errors arose from the technology used in the gadgets.

He stated,”We understood our role in this court is to provide all the information for it to make a decision. We admit that those KIEMS have the same serial number. It was an error that originated at the time of the serialisation.”

According to the electoral process, serialisation is when a data structure is converted to a format that can be stored and reconstructed later.

Somane further said that it is impossible to interfere with IEBC servers and the Venezuelan by the name Camargo had no access.

Somane said,”We have also produced original Form 34A. We even have receipts and we are being told that you can’t produce the original and Camargo was interfering with the IEBC portal. If you look at the number of the original Form 34A, it is the same as the picture of the overlay. It is incorrect to say that Camargo interfered with the portal. Why would anyone interfere with results if they are the same as what he has in the portal?”

However, Orengo objected Somane stating that he is witnessing instead of defending.

Orengo said,”A lot of what Mahat said was evidence. He should now be a witness to this petition and we will cross-examine him. This is very serious. We should confront the matter or anyone can just present any document to the court. He is telling us how the picture was taken.”

He said,” What we are trying to do is to show you the documents from our affidavits in response to the document presented. We invite you to look at the original. There is a deliberate misrepresentation of what the docs actually looked like. This is an attempt to interfere with legitimate evidence that is on record.”

JULIANI shares a cute video bonding with his son and wife...

MARTHA KARUA speaks ahead of the Supreme Court verdict...

This is what MIGUNA MIGUNA has said after RUTO invited...

‘I haven’t seen any player stronger than me yet’: IBRAHIMOVIC...

JOE BIDEN dispatches a team of high-profile US leaders...

I Made a Bet with My Son & Taught Him a Lesson

This article is from the Unstuck newsletter archives — a 5-minute weekly read about...

The company cited the challenge of securing "vehicle transportation capacity ...... 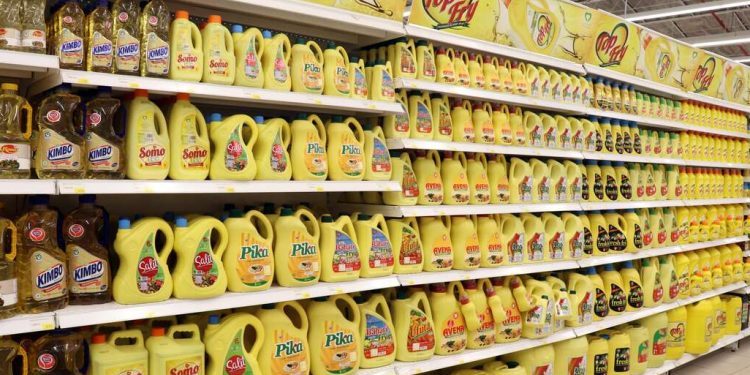 On Monday, September 26, Ministry of Industrialization, Trade, and Culture gave...

Maci Bookout is looking back at her long career on reality TV — and admiring it...