After what has been a long-awaited wait, 5G services have officially been… 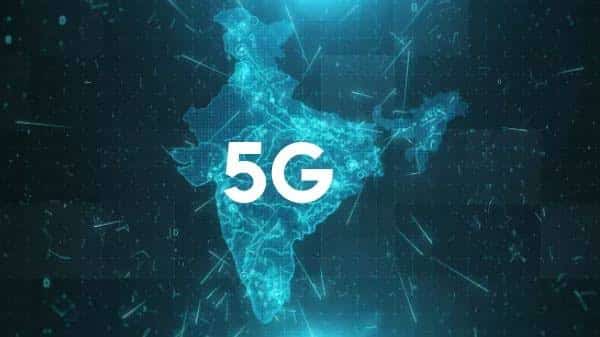 After what has been a long-awaited wait, 5G services have officially been launched in the world’s second-largest internet market to provide seamless coverage with high data speeds and low latency, thereby ensuring a revolution and the beginning of a new era in the telecommunications sector in India. The launch occurred at the at the inauguration of the 6th edition of the India Mobile Congress (IMC), which was held in Pragati Maidan, New Delhi, at the hands of Prime Minister Narendra Modi.

The next generation network is slated to cover the entire country over the next couple of years, so do not expect to have access to it with a snap of your fingers even if you have a 5G-compatible smartphone. In the beginning, 5G services will be rolled out to a handful of cities, including metropolitan ones, before it spreads to the semi-urban and rural areas that make up much of the country, effectively bringing a change to India’s digital landscape, and adding billions (the estimated value is ₹36.4 trillion or $455 billion) between 2023 and 2040 to the Indian economy.

“5G can unleash new economic opportunities and societal benefits, giving it the potential for being a transformational force for Indian society. It will help the country leapfrog the traditional barriers to development, spur innovations by startups and business enterprises as well as advance the ‘Digital India’ vision,” read an official release.

In the first phase of the launch, 5G services will be available in 13 cities – these are Ahmedabad, Bengaluru, Chandigarh, Chennai, Delhi, Gandhinagar, Gurugram, Hyderabad, Jamnagar, Kolkata, Lucknow, Mumbai, and Pune. Devusinh Chauhan, Minister of State for Communications, Government of India, informed in a tweet that 75% of Indian citizens will avail 5G services and that service operators will roll out 5G by 2024.

These operators, of course, include high-profile names such as Reliance Jio and Bharti Airtel, and others who took part in the recently-held auction of telecom spectrum. Reliance Jio ended up being the highest bidder at the auction – with a bid of ₹88,000 crores – and now, it will be the first to roll out 5G services in the country. It will roll out the services in Delhi, Mumbai, Chennai and Kolkata by Diwali 2022, and promises to offer 5G to each corner of the country by December 2023.

Bharti Airtel, who emerged as the second highest spender at the auction, will be launching 5G telecom services in eight cities (including four metropolitan cities) – including Bengaluru, Delhi, Mumbai, and Varanasi –by the end of 2023 and bringing it to India’s rural areas by March 2024. Users can afford its 5G services at existing 4G rates, Airtel said. The 5G rollout of fellow service operator Vi will begin soon, while BSNL informed that its 5G services will be available from August 15, 2023.

“The launch of 5G will have a lasting impact. It will be the future of the internet. 5G will bring a change to each person’s life be it small businessmen, farmers, doctors, or students. It will also drastically affect our startup ecosystem,” said Rajeev Chandrasekhar, Union Minister of State for Electronics and Technology.

A viral video of SIZE 8 casting out demons in a crusade sparks reactions – Is this...

Florida is running out of homes people can actually afford

Hulu Live TV adds 14 channels including Hallmark and The...

I’m A Celeb fans threaten to boycott next year’s show after...

I’M A CELEBRITY fans have vowed to boycott the ITV show if contestant Matt Hancock...

Rescuers search for the missing after massive landslide...

Rescuers are digging through mud for a second day in the search for people missing...

When it comes to efficient growth, bootstrapped startups have a leg up, Capchase's...

It seems Gisele Bündchen and Tom Brady are on amicable terms after their divorce!...