A warm hit of nothing 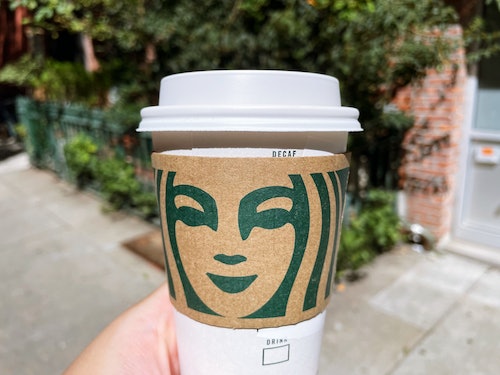 The Pumpkin Spice Latte doesn’t really taste like anything. Or, rather, it tastes like too many things at once, the overwhelming effect of which is still nothing. I learned this on the second official day of fall (although more like the inaugural day, in both spirit and in temperature, which had fallen enough that many New Yorkers were wearing jackets), when I sipped at my first-ever Starbucks PSL — a landmark occasion, I’m sure, in the drink’s nearly 20-year history. I was puzzled by the flavor, which can best be described as muddled. I couldn’t taste the eponymous spices that go into this signature drink, which is supposed to showcase the “celebrated flavor combination of pumpkin, cinnamon, nutmeg, and clove.” I did, however, detect a faint note of sweetness, like a hint of apple or caramel, although neither of those are listed among the ingredients.

Mostly, though, the drink tasted like warmth, a gulpful of coziness in the early autumn chill. Perhaps that is what the PSL is all about: the sensation of roaring fireplaces and red leaves and wool socks, a seasonal harbinger much more than an actual beverage. It’s that warmth that stayed with me after I finished my cup — that, and an almost waxy coating on my tongue, an unpleasant souvenir of my $7 drink. 3/5 stars.

Meghan Markle and Paris Hilton on Archetypes: We Are Smart!

17 gifts for holiday hosts that you can pick up in L.A.

More suspects arrested in the ongoing security crackdown in Kakamega. The directorate...

Nameless thanks fan who gave them space to grieve at Coptic...

Nameless was at Coptic hospital on Saturday to condole with a cousin following the...

Twitter to relaunch Verified service next week with multicolour...

Twitter to relaunch Verified service next week with multicolour...

What is Modern African Literature?

Learn about the topics that most modern African literature revolves around and why...